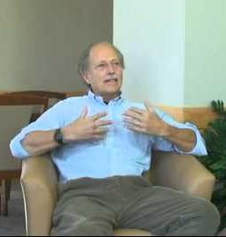 Dan Harmeling is a longtime resident of Gainesville. He is a retired public school teacher and he currently is an adjunct professor at Santa Fe College.

Mr. Harmeling is a Civil Rights Activist who has received many honors for his life's work including the Alachua County Rosa Parks Quiet Courage Award in 2008, the Martin Luther King Jr Hall of Fame Honoree in 2010, and one of fifty brass footsteps on the Tallahassee-Leon County Civil Rights Heritage Walk in 2013. Dan also contributed to a documentary "My Brother, My Sister" which tells the story of two sisters and two brothers linked in the fight for racial justice.